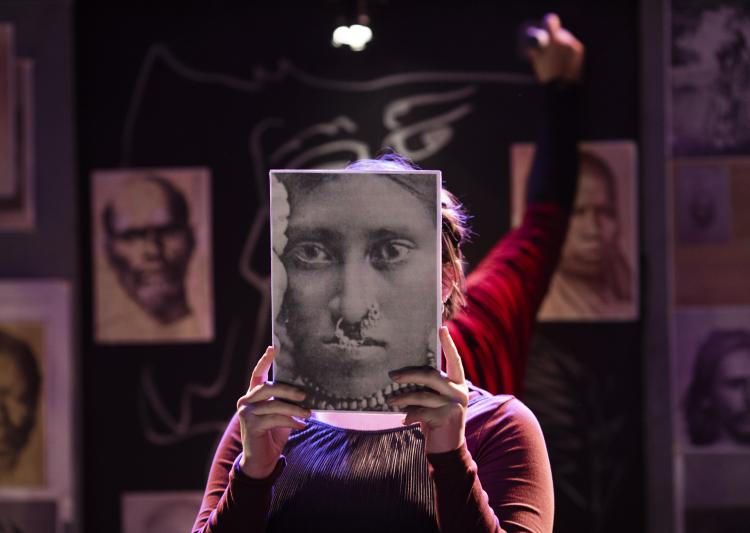 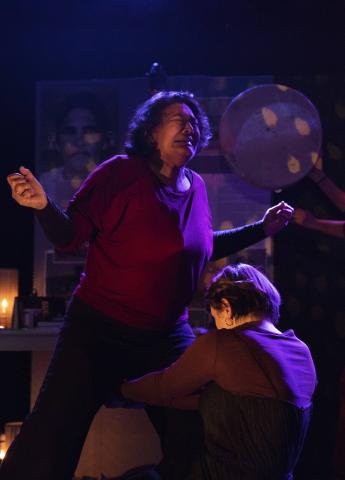 "I found it very powerful and challenging. It was quite emotional for me to see Mauritian culture and language on a London stage for the first time." (Audience member)

"By focussing on an island whose history has rarely featured in our collective consciousness about slavery and indenture, Border Crossings’ haunting stories provide us with the tools to explore our global history, our shame, and to recognise where the 21st century needs to learn from the past." (The Reviews Hub)

*******************
Created with a company of actors from Mauritius and the UK, THE GREAT EXPERIMENT explored the hidden history of the 2 million Indian migrant labourers indentured to work across the globe at the end of the 19th and early 20th centuries and unveiled the roots of our Mauritian, Asian-Caribbean, Malaysian & Asian-African communities.

THE GREAT EXPERIMENT toured to the Dugdale Centre, Tara Theatre, The Playground Theatre, Cutty Sark (Royal Museums Greenwich) and the Museum of London, Docklands in February 2020. 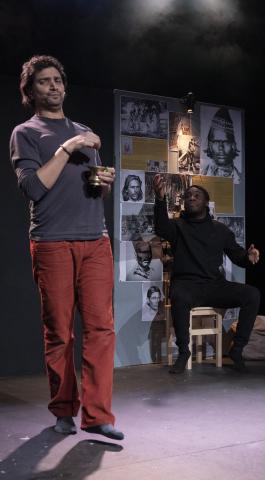 What the press and audiences said:

"an original, thought-provoking and intelligent work of theatre. It educates and entertains, while not being afraid of making the audience feel uncomfortable, and provoking self-reflection" (View From the Outside)

"…it is this inexorable connection between the past and the present which fuels The Great Experiment’s greatest moments. The dichotomy of wanting to distance oneself from one’s ancestors’ mistakes, while retaining a sense of their culture – something that slaves and the indentured were assumed not to do – is a recurring theme."  (The Reviews Hub)

"moving, powerful and hard-hitting…It tackles this vast and complex issue on two fronts, giving faces and stories to people lost to history and dramatising the efforts of the actors, several of whom have Mauritian connections." (One World)

"My great grandfather was indentured in British Guiana on my paternal side, we  came here in 1957.  The performance resonated with me as being ‘universal’ for Indian diaspora’" (Audience member) 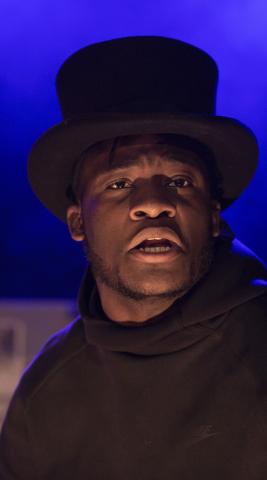 "I'm the product of indentured labour & colonialism. I'm haunted by this ghost every day. Thank you for discussing and exploring it. Thank you for making others uncomfortable. I wish our true history was taught in schools." (Audience member)

"Fantastic show. Great mix of history and storytelling. This needs to be taught as part of migration history. Powerful and moving!!" (Audience member)

"Exploring the experience of indentureship, heritage and identity. It was great to be part of the collection day today at Greenwich Maritime Museum. So good to hear other people's stories and explore identity with others doing the same!" (The Great Experiment Collection Day attendee via Instagram)

As part of the production, audience members could explore the hidden history further through a programme of wraparound events and experiences including an interactive exhibition that formed the show's set; post-show panel discussions with cast members, academics, writers and historians and a Collection Day at the National Maritime Museum where audience members were invited to bring an object, photograph or story relating to their family’s migration history, these objects then formed the basis of a discussion with curators and historians. The stories collected were also uploaded to an online museum.

Download THE GREAT EXPERIMENT programme to find out more about the production, its cast and creative team, and read the Director's notes.

Download THE GREAT EXPERIMENT Educational Resource Pack to find out more about the historical background and creative process, and to access plans for heritage-based devising workshops.