American theatre, opera and festival director Peter Sellars, has gained renown worldwide for his transformative interpretations of artistic masterpieces and collaborative projects with an extraordinary range of creative artists across three decades.

Peter's early work crossed genres and travelled in time with powerful contemporary versions of works by Shakespeare, Brecht, Gershwin, Mozart, Handel and Bach. Later, he collaborated with composer John Adams on operas including Nixon in China, Doctor Atomic, The Death of Klinghoffer, El Nino, and The Gospel According to the Other Mary. New operas by Kaija Saariaho and Amin Maalouf, Osvaldo Golijov and David Henry Hwang, and Tan Dun join new productions of works by Messiaen, Ligeti, Hindemith, Kurtág and Stravinsky.

Peter has directed many path-breaking, international festivals.   In 2006 he was Artistic Director of New Crowned Hope, a month-long festival in Vienna for which he invited international artists from diverse cultural backgrounds to create new work in the fields of music, theater, dance, film, the visual arts, and architecture for the city of Vienna's Mozart Year celebrating the 250th anniversary of Mozart's birth.

Peter is well known for engaging with social and political issues through art and is Professor of World Arts and Cultures at UCLA, where he teaches Arts as Social Action and Art as Moral Action. He is the recipient of the 1998 Erasmus Prize for contributions to European culture and a member of the American Academy of Arts and Sciences. He was awarded the 2014 Polar Music Prize (often referred to as the ‘Nobel Prize for Music’) and was named Artist of the Year by Musical America – the first time the award has gone to a director in 54 years. 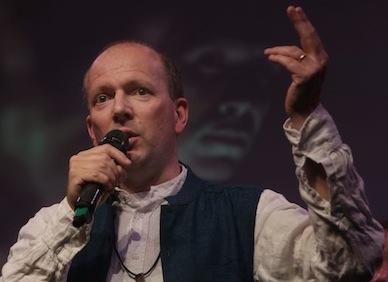 Michael Walling founded Border Crossings in 1995. He studied History at Oxford University, and subsequently trained at Trinity College, Dublin. He has directed numerous productions across four continents, winning awards for Two Gentlemen of Verona in the US and Paul & Virginie in Mauritius. He has directed the bulk of Border Crossings' productions, films and festivals, and is responsible for the overall direction of the company. Productions elsewhere include: The Europeans (Unicorn), Macbeth (Mauritius),The Tempest (India), Romeo and Juliet, Midsummer Night's Dream (USA), The Great God Brown, Play with Cocaine, Beardsley, Spokesong, Sir Thomas More.

Michael is Visiting Professor in the Research Centre for Multicultural and Intercultural Performance at Rose Bruford College. He has written the college's Theatre Studies Modules on The Social Stage, Shakespeare, The Designer, Elements of the Performance, Post-Colonial and Black Theatres and The Critical Audience. Productions for the college include: I Am Europe, Egor Bulychev & the Others, The Good Soul of Szechuan, Attempts on Her Life, Victory, Hard Times, The Art of Success.  For East 15: Hayavadana, What the Water Gave Me.

His numerous publications include pieces in New Theatre Quarterly, African Theatre, Suspect (Toronto, Alphabet City 2005) and Peripheral Centres / Central Peripheries (Saarbrucken, 2006).  He is also Chair of the board of the theatre company Kandinsky.

Known for his eloquent advocacy for culture and social justice, Michael is frequently asked to speak in public.  In 2017, he was a platform speaker at the European Culture Forum in Milan.

Lucy Dunkerley has worked extensively targeting communities and disfranchised young people who are traditionally under-represented in theatre, running countless projects designed to help them develop a voice.   These include projects for Synergy Theatre Company developing playwriting projects for young offenders.  Lucy worked for 8 years at the Royal Court, as outreach worker leading playwriting projects for young people, many of which developed into productions and public readings. Lucy founded Lincolnshire's only theatre company for adults with learning disabilities at Trinity Arts Centre in Gainsborough when she worked there as Education and Outreach Officer.  She has directed numerous professional plays and readings, youth theatre productions and community performances. She has also worked all over Italy, writing, devising and directing shows for young people, as well as being involved in projects in other parts of the world.  Lucy joined Border Crossings in 2013 to lead the company's Participation and Learning work.  She has facilitated our community work with schools, refugees and marginalised groups, as well as working in China and across Europe. 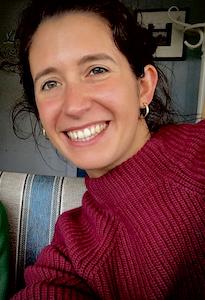 Marine Begault  first worked with Border Crossings in 2015 as Project Manager on their project HIDDEN HISTORIES: DISCOVERING INDIGENOUS LONDON. She went on to be Assistant Director on the company’s production WHEN NOBODY RETURNS by Brian Woolland. After five years as Creative Learning producer at Alexandra Palace, Marine is pleased to be back with Border Crossings managing their latest project, BOTANY BAY. Marine holds a Bachelor degree in History and Politics and a Masters in Applied Theatre. She is passionate about exploring how art and culture can bring people together in unexpected ways, to have difficult conversations and respond to the world’s most pressing issues. Highlights in her career have been setting up a club night by and for adults with disabilities, producing large-scale community festivals, managing artist residencies in care and nursing homes and working with Border Crossings on their ORIGINS Festival community and engagement projects.