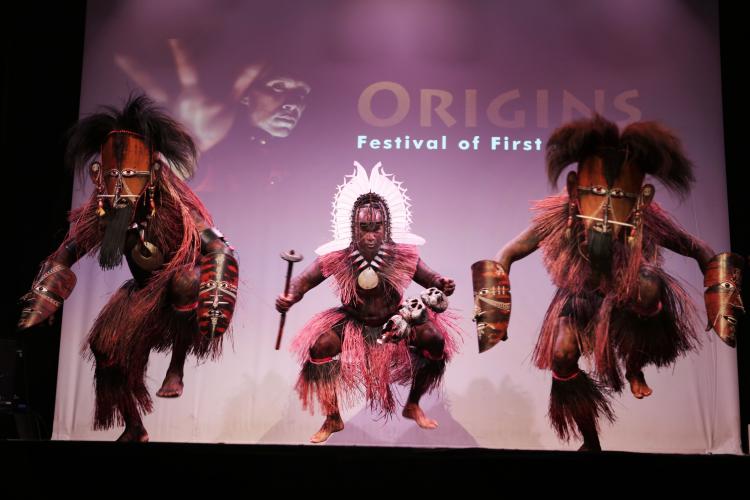 For the first time, there was a major Latin American presence, with the world famous Mexican bird-men, the VOLADORES DE PAPANTLA, and the extraordinary Mayan GRUPO SOTZ`IL from Guatemala performing at Emslie Horniman`s Pleasance, in association with RBKC`s InTRANSIT Festival.

With the Southbank, we presented BEAUTIFUL ONE DAY - a hard-hitting but humorous play from Australia`s ILBIJERRI. Australia had a major presence at the Festival, as we partnered with the British Museum to curate their INDIGENOUS AUSTRALIA LATE, and presenting the Trilogy of films by auteur Rolf de Heer and the great Aboriginal actor David Gulpilil.

There was Sámi theatre, Native American flute, Samoan music drama, a solo performance from Peru, and a lecture by the inspirational Winona LaDuke - Native American environmentalist and twice Vice-Presidential candidate.