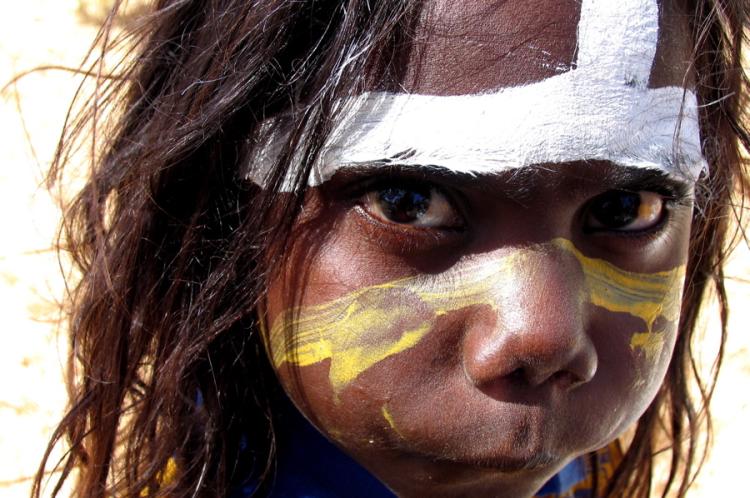 The second ORIGINS FESTIVAL was held in London over two summer weeks in 2011.

Theatre included the return of Lakota storyteller Robert Greygrass in his virtuosic solo piece WALKING ON TURTLE ISLAND; and Australian Aboriginal Elder Noel Tovey, the director of the indigenous welcome at the Sydney Olympics, in the dark but uplifting drama LITTLE BLACK BASTARD. There was lighter fare from Native American comic Chuquai Billy in "NO RESERVATIONS REQUIRED!, plus a great programme of films, including the award-winning SAMSON AND DELILAH, and the urgent documentary INUIT KNOWLEDGE AND CLIMATE CHANGE.

Origins is a green Festival, and much of the 2011 offer was outdoors and free. On Sunday July 3rd, there was music, games and ceremony on Hampstead Heath, when we joined forces with the City of London Festival for an Antipodean Family Day, while our schools programme saw children joining forces with the Maori community for a haka on the steps of St. Paul's.

If all that wasn`t enough, there were exhibitions at Rich Mix and the October Gallery, talks, debates, and a workshop with Marie Clements and Rita Leistner!