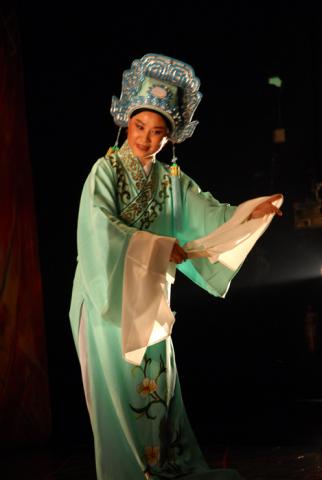 Shanghai Yueju Opera House is home to the internationally renowned Chinese traditional opera troupe, which has its roots in the East China Yueju Opera Experimental Troupe and the Yueju Opera Experimental Troupe of the now-disbanded East China Traditional Opera Institute. It was established in March 1955 when the institute was disbanded, and saw the addition of administrative staff and arts professionals. Ms. Yuan Xuefen, the honorary president, was its first president.

The opera house has created, adapted and copied over 400 shows featuring traditional works, historic stories and modem plays. Representative works include Butterfly Lovers (Liang Shanbo and Zhu Yingtai), West Chamber Romance (Xi Xiang Ji), Dream of the Red Mansion, and Xiang Lin's Wife (Xiang Lin Sao). Butterfly Lovers was the first colour movie produced after the foundation of the People's Republic of China in 1949, and won a Music Prize at the Eighth International Film Festival held in Czechoslovakia. Dream of the Red Mansion was adapted to an opera by the National Arts Theater of North Korea. In addition, many other plays have won various prizes for their script, direction, performance, musical composition, and stage design in competitions held at the First National Traditional Opera Festival, the East China Traditional Opera Festival and the Shanghai Theatre Festival among others.

Since the 1980s, over 50 talented scriptwriters, directors, composers, stage designers and performers have worked at the opera house. The two performance entities, the all-female Red Mansion Yueju Opera Troup, and the Performance Troup made-up of both men and women, have gathered together a group of young and eminent performers. The young artists strive to surpass their seniors and make a name for themselves. Among them, 17 have won National Theatre Plum Blossom Prizes, National Wen Hua Prizes for performance, National Golden Album Prizes and Shanghai Theatre Magnolia Prizes as protagonists. Prizes in the Red Plum Blossom Vocal Competition have gone to the "New Generation" performers also. New Dream of the Red Mansion, designed and produced especially for the Shanghai Grand Theatre, was praised as 'a work representative of Shanghai's culture'.

Moreover, Stage Sisters and Family won the Ninth and Tenth National Wen Hua prizes for new plays respectively, Meilong Town the seventh National Theatre Prize in the category for plays, and The Separated Spring the Eleventh Population and Culture Prize.

Based in Shanghai, the opera house is also active in Zhejiang and Jiangsu provinces, and aims at the entire nation and the overseas market. It has presented special performances for the national leaders of more than ten countries. International performances in Germany, the Soviet Union, Vietnam, North Korea, France, Thailand, Singapore, the United States, Belgium, Luxemburg and Holland were highly praised. A warm welcome was also extended to performances in Hong Kong, Macao and Taiwan. In recent years, its "Shanghai Yueju Opera's National New Century Tour" has been so influential that "the Shanghai Yueju Opera's Tour to the West", part of the national program, was evaluated first in "the Third Annual Top 10 Performance Events in China".

In 2005, the opera house came under the aegis of the Wenhui-Xinmin United Press Group, with Mr. You Boxin as the incumbent president. In addition to the two performance entities, it has other departments including a creative-arts research center and a stage decoration centre.  Zhang Ruihong's appearance in Dis-Orientations was the first ever collaboration between the company and a non-Chinese collaborator.